How about stream music in China? In 2018 Di-Lan Sun wrote an article about that because of the IPO of Tnecent Music Entertainment in New York.

Tencent Music Entertainment (TME) made its stock debut on December 12 2018 in New York. After the IPO of Baidu’s video streaming service iQiyi and the e-commerce platform Pinduoduo, it was the third major IPO of a Chinese tech company in New York in ‘19.

TME is sometimes called the Spotify of China, just as iQiyi has been renamed the Chinese Netflix. However, both comparisons are not entirely valid. iQiyi, for example, has many YouTube and social media elements as a platform. Certainly now that short videos are completely hot in China. In addition, iQiyi makes its own productions. This concerns series and music shows. The Big Band, a reality show involving indie bands is such an entertainment program, as well as Ido Producer. Granted; that idea was stolen from South Korea, but iQiyi does not score less with it. And TME too. The nine-member boy band Nine Percent was the winner of 2018. At the beginning of November the long awaited album of the sweethearts came out and the songs became big streaming hits at TME.

Three streaming services are housed in TME. QQ Music, KuGou and KuWo. According to Tencent itself, the platforms of can count on 900 million monthly active users via smartphones and computers. TME’s three streaming services can only boast 23 million paying users. So far it has been difficult to get Chinese people to pay for music. It can’t be the price. Where in the West we pay almost a 10 euro monthly fee for subscription to Spotify, the Chinese do not even have to spend one and a half euros on a subscription for, for example, QQ Music.

TME is doing well thanks to karaoke

Spotify had 87 million holders of a premium account according to the latest figures. The Swedes had the ambition to have 200 million users overall by the end of 2018.

Despite the limited number of subscribers, TME is doing well. Unlike Spotify, the music branch of Tencent is profitable. In 2017 the profit amounted to 199 million dollars with a turnover of 1.6 billion. The profit is largely generated by a smart combination of music, merchandise, social media and … karaoke! WeSing, the fourth member of the TME family, is responsible for this. The karaoke platform is immensely popular. With the app, people can make a video of a song they sing. They can share their clip with their friends via the social media platform WeChat. Sharing now has the big revenue model. Whoever wants to make his live stream or recording outside his own user circle public has to pay for it. Sharing can be lucrative, because “fans” can reward the singers with money. TME naturally takes up part of that. In this way, WeSing has ensured that the Tencent music branch reached the break-even point in 2016 and that it has been profitable for the last two years.

Of all the revenue that TME generates, only around 30% comes directly from music. It is of course interesting whether the relationships will change in the coming years. The Chinese music streaming market is expected to generate an annual turnover of more than $640 million in 2018 according to statistics from Statista. From 2019, analysts assume an annual growth of 8%. Inspired by an even more intensive use by already existing users and the growth of new users due to the ever-increasing urbanization. Moreover, the trend will continue that more and more users of the free services will switch to paid versions. TME had 10 million subscribers at the end of 2016. That number grew to 15 million in 2017. TME expects to be able to advance to 25 million users with a premium account in 2019.

In addition, the music industry as a whole is experiencing a revival. Consumers are willing to pay for music again. For TME that works on both ends. The streaming service is also itself a music publisher. In addition, it has deals with almost all Chinese record companies. There are also agreements with publishers from other countries and continents. For example, a lucrative Indian agreement was rconcluded in 2018 and TME secured large back catalogs of labels from Taiwan and Hong Kong through AIibaba. TME hardly has any competition in China. In fact, services such as Ali Music and NetEase Cloud Music offer music via TME sub-licenses. NetEase Cloud Music says that with 300 million users it holds 16% of the music streaming market, but it is unclear what the penetration rate of the users is on the total streaming figure in China. A bright spot for NeatEase is that their service is the market leader in the Electronic Dance Music (EDM) scene, according to the Chinese iiMedia Research. 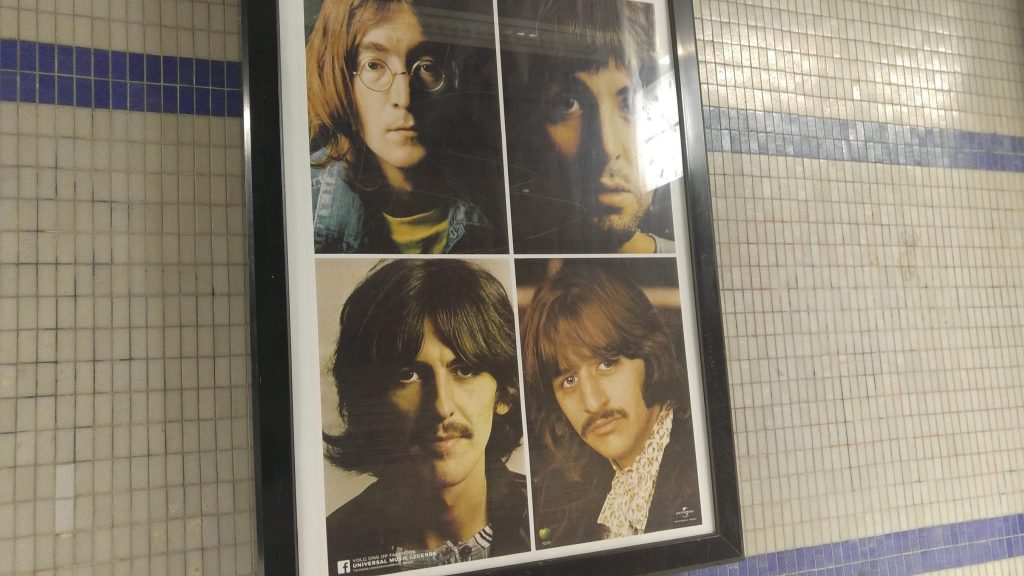 Tencent and Spotify exchanged shares in December 2017. As a result, they have a 10% interest in each other’s streaming activities. The Chinese market is hard to reach for western artists, despite the fact that TME has made deals with the western big three – Sony, Universal and Warner. The strict Chinese censorship makes it impossible for some artists to legally conquer a place on the billion-dollar market. For others, they can only market part of their work in China.

Although little music from the west can be heard in the Chinese streets, more and more artists are taking a chance. Taylor Swift is doing well in mainland China and even The Beatles are going to give it a try, almost years after the breakup of the group. In 2018 TME signed a contract with Apple Corp., the music publisher of The Fab Four, and now offers a few songs for free. People with a streaming subscription can listen to the entire oeuvre of The Fab Four. Whether it really concerns the entire back catalog is unclear. South China Morning Post says yes. But we must not forget that many Beatles songs are on the government’s censorship list. Tencent also says that 60% of the 17 million songs that it can serve the user are Anglo-American. Yet more than 80% of users never listen to Western music. And vice versa? Until recently it was difficult to find Chinese acts on Spotify. In the last years more and more acts from China are on Spotify, but it is not a gold mine for now.